I was born in New York’s Manhattan Women’s Hospital, now part of the Mt. Sinai St. Luke’s complex on Amsterdam Avenue. My mother, Ruth Stewart McKean, probably did all the work, if I’m any judge of character. She was a very funny woman but I don’t recall anything amusing she said on the day of my birth.

At this time my father, Gilbert S. McKean,was making a living writing about jazz for Esquire, Down Beat and the Saturday Review. Eventually, he sidestepped into the record business, working for Decca, Columbia, and RCA Victor over the years with a sojourn in the Mad Men-era ad biz. I wish I had kept his neckties; it’s all that would have fit me as he was six-four in his socks.

In the early ‘50s, Ruth, Gil, my sister Pat and I headed east to Hicksville, Long Island.

We were soon joined by my brother, Joel, and four years later, I was introduced to my third “home town”, the one that takes that sentimental title hands down: Sea Cliff, N.Y. 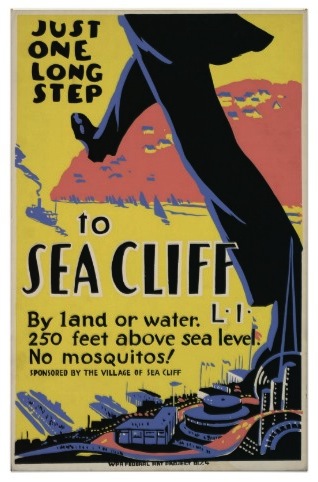 It is indeed a town on a cliff overlooking Long Island Sound.* That’s where I began my essential growing up, a process that continues to this day.

We are who we are because of whom and where we are from. (That’s too many “w” words, even without resorting to “whence”.) My parents loved their lives, loved us, rolled with some punches and gave as good as they got. My father’s love of music, particularly jazz and blues, but classical and musical theater as well, was a great influence. Both folks loved movies, books and plays, and I grew up in awe of creative people. Art is one of the two best things we’ve managed, we humans. The other is our friendship with the dog. Just convincing them not to kill us was a good idea.

Here’s what my father was up to when I was lolling in utero: http://www.unz.org/Author/McKeanGilbert

Meanwhile, my mother saw a lot of theater when I was cooking, but it would take someone much more pretentious than me to make anything of that. Both were delighted when I decided that acting and music might be a way to go. In my own way, I thank them for that in everything I do.

*I’m assuming “Sound Cliff” didn’t have the right ring to it, though it’s not a bad name for a cheap music app you install on your phone and forget to use.